Here are some things I’m getting good at. Some are more unfortunate than others.

-Taking freezing cold showers. Either my landlord is evil, our building is cursed, or I’m experiencing some pretty bad karma. Whatever the reason, our apartment fails to provide us with hot water, oh, three days out of the week? I’ve had many a yelling match with my landlord (and I’m a pretty passive person). Just last night I screamed at him “MY HANDS TURNED BLUE WASHING THE DISHES.” Woops. The worst is coming back from a long run in the cold weather and showering in..cold water. Still, I’ve become a lightning fast scrubber and shaver. Gotta look at the bright side…?

-Running instead of taking the subway. The city loves to do MTA construction on the weekends. Which makes sense, I 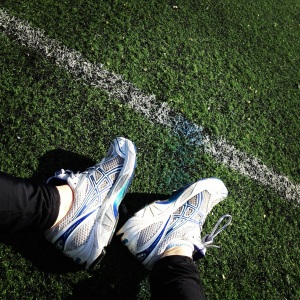 guessss, but still makes things quite inconvenient when I want to borough hop on my days off from work. Luckily, the Williamsburg Bridge is only a mile from my haus, so I ran a comfortable 3.5 miles to Strala Yoga rather than taking three, awfully out-of-the-way subways to get there. And while I planned to subway back, I took the wrong metro card with me (of course), and had to run. But I was SO ZEN from an amazing class that I literally…floated back home. And was able to enjoy the view.

–Drinking seltzer. I discovered a sort of sad thing the other day. Seltzer…doesn’t really quench my thirst. But once again, it’s always about looking at the (seltzer) glass half-full. Since it doesn’t really satisfy, I need to drink another bottle..and another..and another…so I’m totally hydrating. 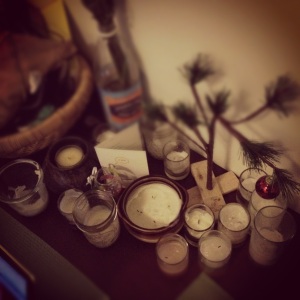 -Drinking with celebrities (kinda). First it was Penn Badgley at the Charleston, and now it’s Michael Cera at Enids. NBD. I’m weird whenever I see celebs, though. I don’t want to come across as star-struck, so rather than pining over them, I just…ignore. Or run away. You know, play it super cool so they think I’m super awesome. Except that they don’t ever see or meet me.

-Doing pull-ups. I’m almost done with my 3-week pull-up program I wrote for work. I was supposed to finish the 9th workout on Friday, but felt way too weird after an….interesting yoga class. So even though I have one more day to go, I tested my strength at McCarren Park after my run. And…I was able to do five pull-ups! (Started out barely able to do two.)  I was like a little a kid in a candy store, beaming all the way home.

Till I took a cold shower.

Posted on February 27, 2012, in Uncategorized. Bookmark the permalink. 2 Comments.