For those who don’t know what SOMF is (which I’m guessing is most people), it means “Summer of Mandatory Fun.” It was birthed a few summers ago when my friend’s boyfriend of too many years broke up with her on her birthday (jackass), which resulted in her choosing to make that summer FUN, no matter what, for sanity’s sake.

Since then, the term has grown up. Now I can say SOMF in casual conversation to many friends and they indeed know what I’m talking about. It has also become a verb (you can, for instance, go “somfing”), and there have even been new additions: WOMF and FOMF. And while the original SOMF had a slight negative connotation to it (this summer will equal copious amounts of beer and even more fuck-you’s!), it turned into a reminder to simply grab the people you love most and have fun.

Because no matter what happens and happened and will happen in life, having fun is, and should always, be mandatory. 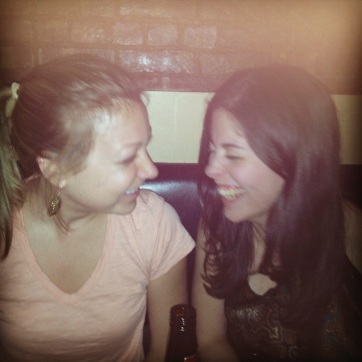