← some things
the happiest moments of your life →

Sometimes it’s hard to put a trip into words – especially one that was so damn awesome and special.

But this time around, summing up San Francisco into one word is easy: perfect.

YEPPP, I said it. It was pretty much totally and very, very perfect. We went on two really long runs, one of them being my first trail race and the other being along the coast and over the golden gate bridge. We ate a ton of tacos. We drank/double-fisted a ton of amazing coffee. I had the strongest whiskey drink in my life. We saw old friends, I made new ones. I explored the city in a “taxi” cab with a fluffy pink mustache on it, and walked the rest of the city by foot. Homeless people yelled at me. I ate soup dumplings. I caught up with one of my best friends who I haven’t seen in four years, and it felt like four seconds. She took me under her wing, into the Mission, and into her home. We took long naps, watched the nyc marathon on TV, and didn’t realize it was daylight savings until that afternoon. We had the most amazing brunch. Ate more tacos.

I could go on and on about every little detail, but I’ll stick right now to one of the best parts: running a half-marathon trail race. It was my first real trail race (I’ve run 5K’s on trails, but nothing further) and it was awesome. Before this race, 13.1 miles no longer felt “super long,” but when your mile splits are significantly slower, when you’re climbing up massive hills, and when you’re packed onto narrow trails with dozens of other runners — the distance becomes almost never-ending. 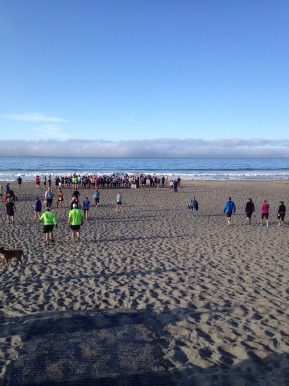 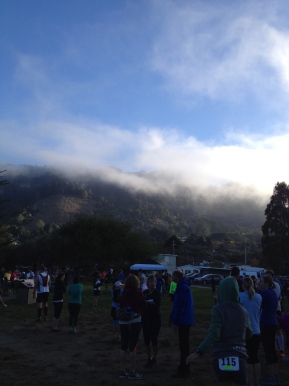 The course was really hard. SF is known for their hills, and the first four miles was literally just… climbing up a mountain. We started at the beach (first pic) and then “ran” straight UP into Muir Woods (second). Most people walked the uphills, which was a pleasant surprise, but it was still really tough. (I was also nursing a nice hangover. laura = smart runner.) We finally made it to the “top,” and then completed a seven-mile loop around Muir Woods. There were steep, rolling hills the whole time, so it was still pretty difficult. I actually realized the hardest part for me was the long downhills: they killed my knees, and I was so afraid of hitting a rock or root and completely face-planting. My quads also felt super unstable and I had to slow down, which messed up my stride.

We finally made it back around the loop to the gorgeous views of the Pacific, and were greeted with the best aid station ever (trail mix, lara bars, peanut butter pretzels). We gobbled them up before climbing back down the mountain to the finish line. My body was sore in places I didn’t think was possible, but I was also so full of adrenaline that I wanted to keep on running. (I actually felt best for the final three miles.) 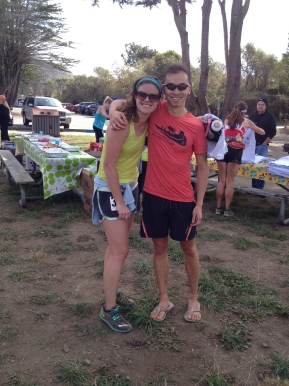 Consensus? I loved it. Trail racing combines my three favorite things: hiking, running, and great snacks. I’d love to run a trail marathon, and maybe even eventually a 50K. (I would prefer a flatter course, if possible?!) So…we’ll see. There aren’t really trails to train on in nyc, so this might be trickier to accomplish in the coming months.

So overall, SF = the bomb dot com. I felt so good being there. The city felt “right.” And hopefully I’ll see it again soon. 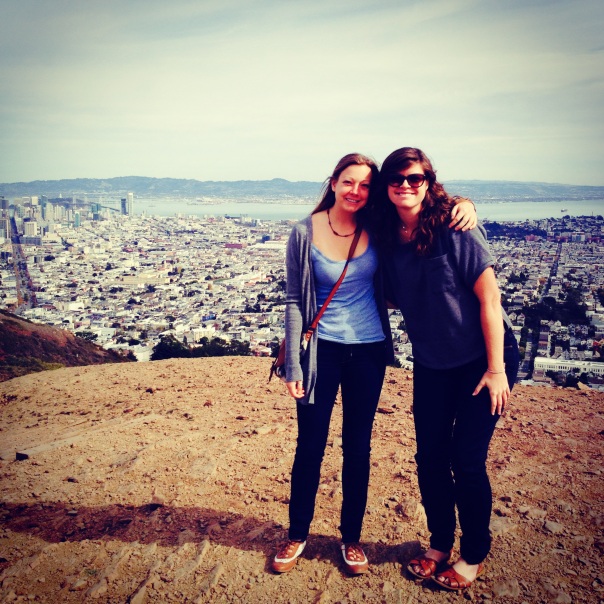 Posted on November 9, 2013, in Uncategorized. Bookmark the permalink. 3 Comments.

← some things
the happiest moments of your life →