In celebration for this summer coming to an end, I figured I should recap the high points of these past few months.  Now, I am celebrating summer’s termination because it was, to put it lightly, not the greatest.  If I was an angsty teenager, I might have scribbled in my mead-journal “worst summer ever omg life is SoOoO unfair!” But luckily, I’m not an overdramatic thirteen year-old.  And! What is so beautiful about all of this is that even amidst a couple not-so-great months, I realized that a lot of great shit still went down.

-I became a future sister-in-law. Aka, my brother got engaged!

(They even matched for the occasion). But, in all seriousness, one of the best things that happened to me was seeing my brother ask the love of his life to marry him.

-I got really, really tan

Yea! That was cool. I usually do not go out of my way to visit the beach, but I found myself there a lot this summer, along with being outside often in general.  I have pretty fair skin, but when I’m out under the rays, my inner-African reveals itself.

-I was hired. Twice.

Finding myself back in NY, I had to act quickly and get the money re-rollin.  I immediately got a job at a fancy tie-wearing restaurant (that I may or may not have hated), buuuut I was also hired to be head editor and write for a philanthropy website in New York City. Fun fun.

-My mom and I visited my grandma

Put this mother-daughter-daughter combination together in Florida, and you get hilarious conversations and loots of wine drinking.  My mom and I try to visit together at least once a year to see my G, and each time never fails to be quite entertaining!

-I got back into shape

I’ve always tried to run on the regular, but this summer I really started challenging myself.  There was a point where I was running around eight miles a day–fast.  I also started seriously doing yoga, and kind of became addicted. It felt good to feel healthy and strong.

…with the help of Cyndi and Emma, of course! Making a pie from scratch was on my bucket list, and it’s now properly removed. Not to say I’m not going to do it again…it’s just that right now, our oven starts to smoke and it smells like something is burning.  And this is all before we put any food in it.


-I met a mature, committed prince charming that treated me like gold and bought me presents. 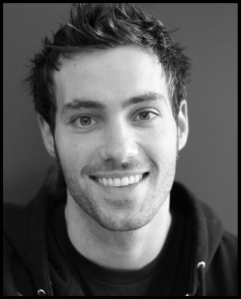 Oh wait, that was a romantic comedy I watched. Fuck.

-Even better, I spent a ton of time out with my best girl-friends. We often went dt. 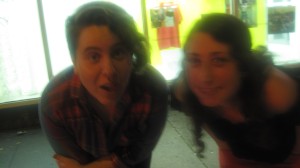 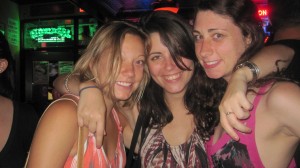 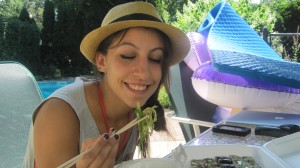 Posted on September 15, 2011, in Uncategorized. Bookmark the permalink. Leave a comment.