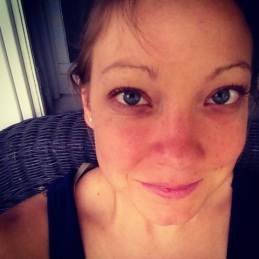 The short version? I’m a 20-something living in Brooklyn, NY. I worked at Greatist for almost three years and loved every second. Now I’m the marketing director at Possible and also love every second. I’m a middle-distance runner turned Boston Qualifying marathoner, though my favorite form of exercise is probably hiking. I hate big cities and live in one. I love mountains, writing (one would hope), music (listening and playing), and whiskey. I am very grateful.

Aaand the long one.

I remember getting pulled out of my 3rd grade class and into a “special” room because I had written an interesting story for English class. It was pretty witty and I was 9 years old. Teachers told me I could write, I should write, and had me sit down and write more stories. Draw pictures. Let what was in my head come to life on the pages.

…so I’ve always be a “writer.” But what else? Growing up I was an athlete, playing almost every sport possible. Then high school rolled around and I was converted into a three-seasoned runner. I held a bunch of cool records, but tried to juggle my love for sports with marching band (…went to Band Camp) and symphonic wind rehearsals. My equal parts love for trumpet and singing, coupled with my early love to travel, made me a wanderer at an early-ish age, not sure what to do with all I wanted to accomplish.

I was recruited by a few D1 schools, but I ended up trading in athletics for arts. I went to Skidmore College and studied Anthropology. I continued trumpet and was in an a capella group. In 2008 I studied, taught, and traveled in Ghana, and I came back (as most do after a trip like that) with a different understanding of the world. A different purpose.

After college, I graduated and went on a road trip around the country with Nicole, and the gorgeous adventure instilled in me a happiness I had never known. It’s what motivated me to start this blog, and where it got its name (!). Afterwards I moved to DC, where I dabbled in a few different jobs (Smithsonian, NGO, restaurant…) and although I knew the city wasn’t right for me, I felt fulfilled and creative. Happy. Then I went out on a limb and flew across the country to join a band, where I sang and played the glockenspiel. We traveled in a van that ran on vegetable oil. It was kind of crazy and kind of amazing. 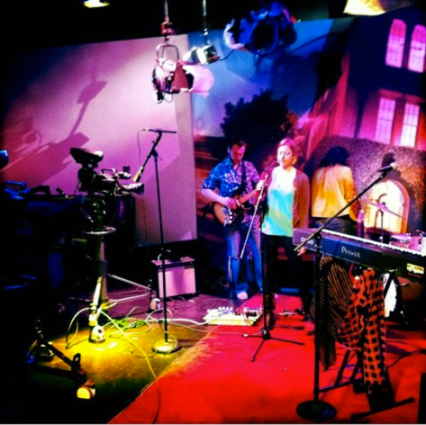 After touring, I found myself back in New York City, the city I swore I’d never live in. I was half-ployed at a restaurant and still had no idea what the F I was doing, and randomly applied to a part-time writing job at a health and fitness site that was barely six months old. (Read: Greatist.)

The rest is (kind of) history, but I’ve made sure that my staying put in one place for nearly two years hasn’t stopped me from living an adventure-filled life. I’ve run two marathons in the past year – and qualified for Boston at my second go. I’ve also run Hood to Coast with Nuun, traveled solo to Costa Rica, hung out with a bear on the Appalachian Trail, and will forever be frolicking through the streets of Brooklyn in search for the perfect bloody mary. And the amount I’ve grown personally and professionally is nearly impossible to put into words; the people I work and surround myself with may never know the impact they’ve made on my life.

To end this whole spiel, one of my favorite quotes comes from Herman Hesse in Siddhartha. He writes: “Perhaps that you seek too much, that as a result of your seeking you cannot find.” I’m happiest when moving, when constantly trying to reach that next tier. But I’m also trying to slow down and breathe — to let life meet me halfway.

And there you have it.